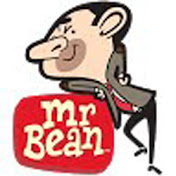 Mr Bean Cartoon World
Subscribe
154,723,203 взгляды
581,582
154,567
Watch in other language : TH KO JA HI VI KM US ES
Wanted
A case of mistaken identity lands Bean in prison and the escaped convict pretends to be Mr. Bean! The real Bean ends up in prison and makes a teddy with dough while the impostor is forced by Mrs. Wicket to do Rockery except failed to realized that the "Bean" she saw was a fake. Then, when the impostor is fed up on this job, he runs away and goes back to his prison cell and explains to Bean that he was the one who escaped and pretends to be Bean. When he's out of the prison, he shouts "I'm free!" except it attracts the attention of the prison guards.

The Visitor
A friend named Harry goes for a visit to Mr. Bean's room. Unfortunately for Bean, Harry has different things and also is a gluttonous guy who eats too much, so much that all the food in Bean's fridge is gone.s

Chocks Away
After Teddy gets torn by a boy's radio-controlled model aeroplane, Mr. Bean decides to get revenge by buying his own model plane. As a girl was trying to buy the last plane in the shop's stock, he throws the girl's doll and manages to buy the plane, except he gets bumped by the guard and finds one part to be missing: the propeller.

Bean Hypnotised
Bean attends a hypnotism show. He unwittingly volunteers to be hypnotised; when the hypnotist makes him think he's a dog, he runs away and then back at home chases Scrapper around the garden and the house.

To find out more about Mr Bean visit:

Welcome to the Official Mr Bean Cartoon World channel! the home of Mr. Bean the animated series. On this channel you'll find clips and full episodes of your favourite funny man.
похожее видео

45:07
It is Absolutely Completely Not Messy | Season 2 Episode 1 | Charlie and Lola